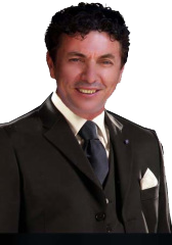 Pjeter Koleci was born on January - 25th  in Fishte Albania.
- His passion for drawing began when he was 4, his first drawings
were those made on the ground in the courtyard of his house of birth in Fishte.

In the first grade his teacher sees in a particular way he's draw , and
he begin to give him pieces of paper to draw he's wing freedom.

-  Pjeter looks at the painting competition at Artistic High School "Preke Jakova" Shkoder Albania
he won the competition and became a member of the Artistic HS where he studied four years
in monumental painting.
perform the studies with prof. "Liliana Cefa" drawing art, and prof."Jakup Keraj" on painting art
the final examination of the High School  Diploma is presented by prof. "Ismail Lulani " July 1984 finish the study with  4.0GPA

.
he's study request of Fine Arts Academy of Tirana -1992-1996, he won the competition and
He became a member of Fine Art Academy for another four years of studies and monumental  Painting's and real Frescoes

Currently lives in Michigan USA
"The Concept" can be demonstrated through many different expressive tools.
.